…so we’re all living in this brave new world for just over 2 weeks now…The Saints are the Super Bowl champions! Repeat that again, slowly:

There are so many levels of surreal wrapped up in that statement. Now I fully recognize that in the whole scheme of things, this would seem to be rather insignificant. There are wars, hunger, poverty, disasters, etc. So “a football game…come on…move on already” is a perfectly justifiable response. But, it’s been hard to move on for us die-hard-life-long Who Dats. All of these world problems linger in our consciousness in varying degrees and a big football game can obviously provide some much needed distraction. Being so serious all the time eats at the soul. But this is bigger than a mere distraction.

And we have heard ad nauseam about the lift the Saints have provided for New Orleans and the Gulf coast post Katrina. Often over looked in those observations are the people who have endured hurricanes before (Camille, Betsy) and since (Rita, Gustav, and Ike) but Katrina has become the archetypical image of disaster and doom. The profound symbol of the Saints overcoming their history and all odds no doubt buoys the spirits of a region that just few short years ago was thought to be hopelessly and irreparably destroyed.

However, there is more to this “mere football game” than a heart warming Life-Time-Movie-Network story. Lost among the Ritz Cracker/beer/Go-Daddy ads and the ex-player-talking-heads filling up hours of time prior to the kick off was a profound piece by Wynton Marsalis.

“You ever wait for something for so long that waiting for it becomes the something?” —Wynton Marsalis

Have you? For life long Saints fans, that question resonates deeply. There were years where thoughts of simply winning more games than we lost was unimaginable. It took 21 years for us to accomplish that. (By the way…with a Saints fan, its always “we”…plural possessive, never third person…its personal) There were other years—late 80s, early 90s—when we were actually pretty good. Bobby Hebert…bayou kid, “cajun canon”…leads us to our first winning season, first playoffs, first division championship. Those were the years the “Dome Patrol” roamed the field. Ricky Jackson, Sam Mills, Pat Swilling, and Vaughn Johnson…4 linebackers, 20 Pro Bowl appearances (in ’92 I think it was, all were selected the same year…first time in NFL history). In typical Saints karma…those years happened simultaneously the glory years of a little team called the San Francisco 49ers…Joe Montana, Jerry Rice, 5 Super Bowls…they happened to be in our division (why were the NEW ORLEANS Saints in the NFC West?). Remember the (once very rare) appearance on Monday Night Football when we jumped out to a 21 point half-time lead, only to lose the game in the end?

Enough. Way more of that than anyone wants to read. …so we find ourselves here in a strange new place. We’re not waiting for the Super Bowl anymore. I’m not sure what that means. It feels a little strange. I’m not sure I know how to do that. For so long, the waiting was the something. The hope and expectation. The anxiety of wondering how we would ultimately lose. That’s all different. (awkward way to end a post…but I’ve got to get to work) 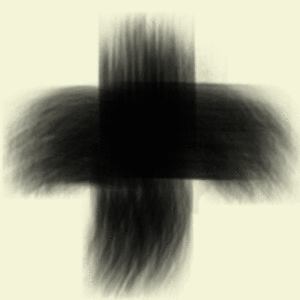 This blogging thing comes in spurts for me.  It’s been a while since I posted anything…nearly 3 months.  My excuse has been that I really didn’t have anything to say, at least nothing I wanted to put in writing.  I felt that something profound had to be laid down every time I clicked the “Add New Post” button.  Whether or not published posts have actually lived up to that expectation is debatable.  But there is something about the discipline of putting words on a page I need at this point in my life.  It has little to do with an audience for this blog. Based on the “hits” counter, not many people are reading this stuff anyway.

The relatively recent (at least for my circles) rediscovery of the practices of observing Ash Wednesday and Lent have been increasingly meaningful for me over the past several years.  Once my understanding shifted from “giving up a guilty pleasure” toward the taking on of a new discipline[s], it has become an important season for my faith.  This year, part of my Lenten discipline will be to write regularly here on the blog.  We’ll see where that takes me.