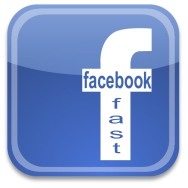 “Really?!?”, replied my wife.   “I don’t believe you!” commented my daughter on my last post before signing off Facebook for Lent 2011.  I have to admit, I was at best skeptical.

A little context/confession here…I’ve never completed a Lenten fast.  I’ve only tried it one time before.  I was a “fail” as the kids like to say.  I couldn’t even tell you at this moment what I failed to give up for lent that year.    More context/confession…I’m a Facebook junkie.  I was a very early adopter.  Facebook opened membership to anyone over the age of 13 with a valid email address in September of 2006.  I was aware of Facebook on college campuses prior to that time.  I opened my own Facebook account in the Summer of 2007.  That puts me pretty much in the Total-Facebook-Geek category in most people’s books.  I check it on my computer, on my phone, while I’m at the office, while I’m driving in my car…just about anywhere.

Part of this lent deal for our church this year was to “give up something” but also, add something.  As I’m writing this, I’m aware of my failure in the add category…I was going to write more consistently…fail.

So the doubts of my wife and daughter are pretty much justified.  I’m still pretty skeptical about the chances of my success with the Facebook portion of this thing.   Here goes nothing…