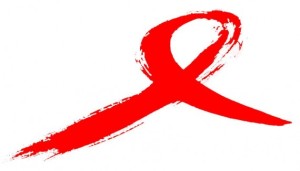 (That is an awkward title to this post but I know if I use “HIV” or “AIDS” in the title people will probably not read it…hope you forgive me and continue…)  I was privileged to attended the 15th annual US Conference on AIDS hosted by the National Minority AIDS Council. I attended as a volunteer for Samaritan Ministry which is a faith based ministry to people affected by HIV/AIDS operating out of Central Baptist Church of Bearden (Knoxville, TN). Wayne Smith is the director and has been actively engaged in the fight against HIV/AIDS for many years. He’s also a close friend and my personal guru when it comes to this issue. It was my third time to attend the USCA…first time was in New Orleans 3 or 4 years ago, last year in Orlando and then Chicago this year. (I’m hoping for an invite to Vegas next year!) Each of these gatherings have been formative for me as a person but more specifically as a vocational minister and as a practical theologian.  (“Practical theologian” is not meant to be as pretentious as it sounds.  I think one of the biggest problems of contemporary Christianity is the fact that we have solidified theology into a set of propositions to be debated rather than as lenses through which we understand God in the world. Rather than a minister who knows all the correct theological answers, I aspire to be a practical theologian continually developing my theological vision in everyday life situations.  God is present and active in our world.  God’s followers often fail to see this because we’re too busy debating politics and points of doctrine.  But, I digress…)

This year, two particular things stood out to me at the USCA. First…this was a very hopeful event. (A disclaimer…I’m NOT an expert at what I’m about to write.  This is a layman’s attempt to articulate some of the things I’ve learned.) (please check out the second thing I learned here…)

There have been a lot of advancements in our ability to control the HIV virus once it has been contracted. If we can get an HIV positive person aware of their status (more testing is needed) and then into treatment, their viral load (amount of the virus in their body) can be pushed down and their opportunity to live a healthy life increases greatly.  This is wonderful news for individuals who are HIV positive.

The effectiveness of these drugs on the whole greatly reduces the spread of the virus.  Studies are showing that with the proper use of anti-retroviral drugs, chances of transmitting the disease are reduced as much as 90+%…that is very exciting news.  The effectiveness of these drugs shines a light on how important it is for people to know their HIV status and to get treatment if they are positive.  However, this news is tempered by the sobering fact that nearly 56,000 new people contract HIV in the US each year…a number that has remained fairly constant for the last 10 years.  Another sobering statistic was passed along to me today by another friend of mine working in this field.  20% (1 out of every 5!) of the people who are HIV positive in the United States don’t even know they have the virus.  Simply knowing ones status and getting in treatment not only saves that person’s life but keeps the virus from spreading further.  That is why testing programs are imperative.

One very disturbing bit of irony in all of this is the fact that the “Bible Belt” and the “HIV belt” are one and the same.  40% of the HIV population resides here in the southeastern US and yet funding for prevention is lower in this area. Some think our prudishness in talking about sex is a major contributor to the spread of HIV here in the Bible belt.  With the church’s fear of saying words like “condom” or talking about “sex”, I would tend to agree with that conclusion.  I’m all for abstinence…100%.  But the church is being dangerously irresponsible by not talking more openly about sex.

However, another major factor in the southeast is poverty and access to proper care.  If a person has insurance, most companies cover these meds.  However, for those without adequate medical insurance, the cost of treatment is exorbitant.  For the treatments to effectively manage the virus, these expensive drugs must be taken daily.  I do not know enough to get into the debate for or against the drug companies about these costs (pharmaceutical companies are large, easy targets for stones to be thrown).  One side will say that the drugs are saving lives and new and better drugs require expensive research, hence the cost.  Others will say it’s unacceptable for people to be dying when life saving drugs are available but unaffordable.  Taken together, those two positions represent the truth and we’re going to have to finish this fight together.  We also can’t sit comfortably back and label this disease with our ignorance and our stereotypes.  This is a public health issue. We’ve got to quit fighting each other and figure this out.  We can’t solve the problem via political steel cage death matches.  It’s about access to proper care.  Let’s solve that problem together.

At the very least, it’s vital to keep funding stable for HIV testing, prevention, awareness, and research. Testing can now be done accurately with a simple oral swab…no blood needs to be taken.  Once a person’s status is identified, life saving treatment is available.  Once treated effectively, the chance of transmission is reduced drastically.  Taken as a whole, the amount of virus in our community begins to go toward zero.  The disease is on the run.  We can’t afford to cut funding to these critical areas.  They all work hand in hand in the fight to end this epidemic.  It’s an over-simplification of a very complex problem but if the community viral load is reduced to near zero, the chances of transmission go to near zero and then the end is in sight.

There was a very hopeful thread running through some of the talks and conversations I heard at the conference.  I believe, if we keep our eye on the ball, HIV will be could be history in the next 10 years.  But we all have to work together.  (I’ll write about the second thing I learned tomorrow.  That lesson is something about which I have more expertise.  And it’s VERY troubling for all of us who claim the name of Jesus.)