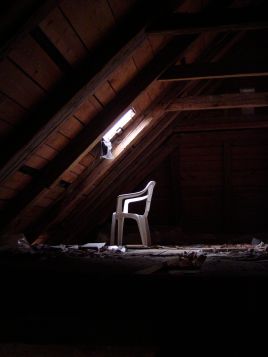 It has been sort of a distracted morning, but in a good sort of way. I was down stairs pretty early…4:30ish. I lit the fire, got my coffee and settled on the couch to read. Upon opening my bag I recognized the number of I-want-to-take-time-to-read-but-never-seem-to-get-around-to-it magazines accumulating there were more than a little telling. I was probably never going to get around to reading them.

I pulled out a week-old edition of the New York Times I had purchased at Starbucks to read while waiting on a car to be serviced. Instead of reading that at the dealer, I think I played “FLOW” on my iPad, a challenging little puzzle game but a game nonetheless, and truly a waste of perfectly good waiting room time. I pulled out two issues of the Economist, an issue of Motley Fool Stock Advisor, the December 2012 issue of The Atlantic and finally the Dec. 30th issue of the New York Times Magazine. That was the one that sort of derailed my intensions for the morning.

On the cover was a photograph of Adam Yauch (1/3 of the Beastie Boys) and the words, “The Lives They Lived.” It was a collection of obituaries of notable people who had died in 2012. I’ve never been one who reads obituaries, although [Mr.}Tony Kornheiser says “[the obits] are usually the best writing in the paper.” I think that’s probably true, as a rule. Rather than some words about a forgettable story rushed to the page to meet a deadline, an obit is an attempt to communicate a snap-shot of a life. The fame and/or notoriety of the famous persons in this particular issue of “the magazine” are merely context. The writers are trying to distill meaning from these lives that have ended. Sometimes there is a clear rendering of the protagonist. Other times, the obit seems to be as much a window into the psyche of the writer as it is about the person who died.

I thumbed through the pages of 2012’s obit collection stopping on: Teri Shields (mother of Brooke and quintessential “stage mom”); Maurice Sendak (author of the iconic children’s books “Where the Wild Things Are” and “The Night Kitchen”…Brilliant piece done with 9 illustrations with bubble quotes from an NPR interview with the writer); Nora Ephron (journalist, screenwriter, playwright, best known popularly for “When Harry Met Sally”…a collage recreating “Meg Ryan’s soliloquy [from the diner] using letters cut from Ephron’s obituary in the New York Times.” (…yes…yes…oh God…”); Don Cornelius (creator and host of Soul Train pictured in full 70’s regalia of massive afro and equally massive silver silk tie. Interesting quote: “Long before the Huxtables…Vanessa Williams [1st black Miss America]…the Obamas…middle class white teenagers [were getting] their first glimpse of popular black culture…and…a peek at the future; by the 90s, black music and dance was the culture”); Adam Yauch (interesting take of his growth as an artist…but I could never get over the Beastie’s frat boy smirks and frat boy party/rap anthem from the 80s to take them very seriously).

My morning started with the Merton passage at the beginning of this post. It set the stage for my dip into the obits of 2012. On this morning, the obits provided a moment to put aside the plans, propositions and resolutions and do a little of that distinguishing work…”distinguishing the sun from the moon, the stars from the darkness, the sea from dry land, and the night sky from the shoulder of a hill”…life from death. It was by no means morbid. It was a pause that facilitated some much needed reflection. And while I do not aspire to a mention in the New York Times Magazine, I recognized the legacy that is my faith, my family, and my life’s work will ultimately be my obit. Even more than that, I was able to distinguish between “routine” and “extremely blessed” and give thanks for the blessing.